The Condom Alliance, India’s first, celebrated its two-year anniversary with a brand-new logo and clever campaign intended to bolster the market. SHOPS Plus guided the early development of the alliance. To ensure success, the project analyzed what makes a coalition stand the test of time.

Project staff interviewed representatives of eight alliances from around the globe to understand what makes them sustainable. A new brief identifies three factors: Strong ownership among members, a clear governance structure, and a sustainable model for financial support. The Condom Alliance shows promise in each area. 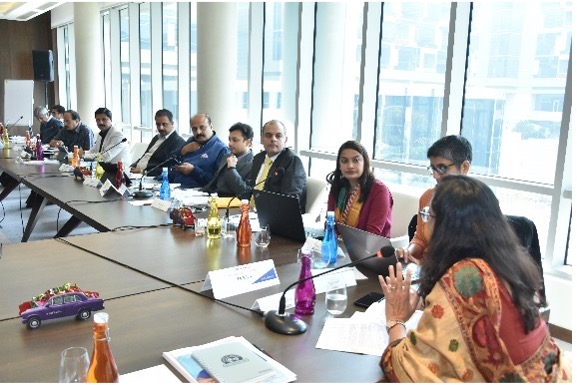 In early 2019, SHOPS Plus helped establish the alliance to expand the market for condoms and address unmet need for family planning—especially among youth. Manufacturers and marketers convened to address numerous issues, such as advertising restrictions, a government-imposed price ceiling on certain condoms, and a low use of condoms by India's youth. Nearly 80 percent of Indian men between ages 20 and 29 do not use any method of contraception, according to India’s 2015–2016 National Family Health Survey.

“The Condom Alliance was created to collaboratively address the issues that hinder the use of condoms as a contraceptive and address the underlying need to improve reproductive health in the country,” said Vivek Malhotra, CEO of Population Health Services India. 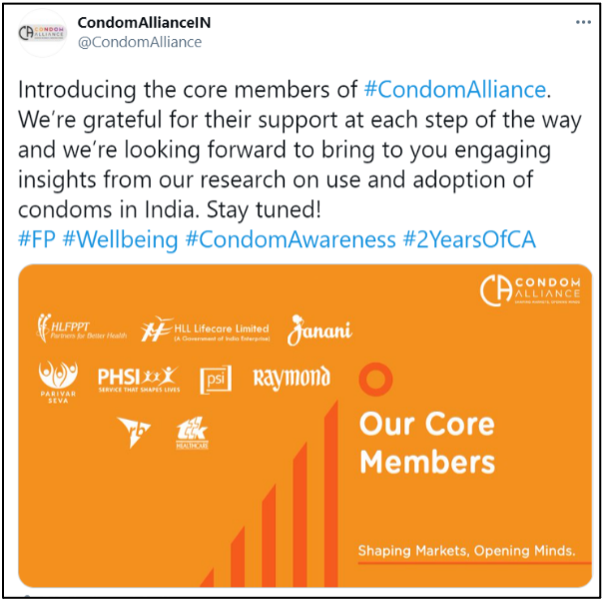 “. . . The Condom Alliance will help align the actions of all condom market players towards the core objective of ensuring greater adoption of condom usage in the country," said Ravi Bhatnagar, director of external affairs and partnerships in Asia, the Middle East, and South Africa of Reckitt Benckiser.

COVID-19 has negatively affected the condom market. Industry data suggests a 40 percent drop in condom sales was related to restrictions of the country-wide lockdown. Members of the Condom Alliance are in regular discussions with the Indian government to ensure distribution is not further disrupted. The alliance conducts studies that explore the behavior patterns of young people and launched a digital campaign to address myths and misconceptions around using condoms, to promote safe sex practices, and to increase awareness of sexually transmitted infections.

Although facing major disruptions during the COVID-19 pandemic, the alliance continues have a shared mission to improve the health and well-being of young people in India. Following a period of USAID support, the alliance will have matured to a point where it can sustain itself.

Several respected news outlets recently mentioned the Condom Alliance and quoted its members, showing its role as a trusted source for journalists: