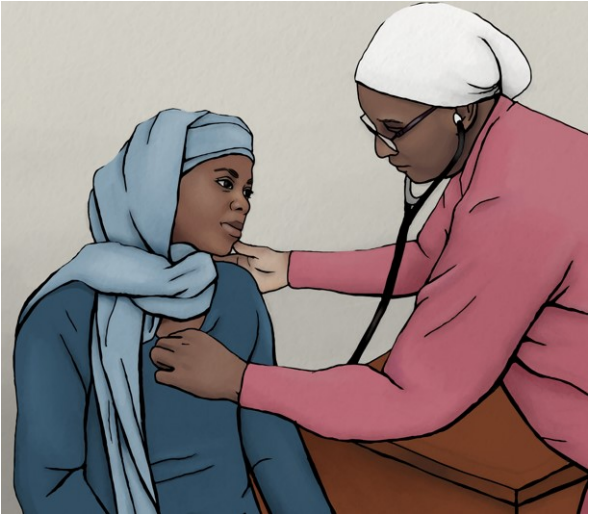 How do we know that the providers who completed a TB training deliver quality services? In Nigeria, where SHOPS Plus implemented an innovative public-private model for TB using private provider networks, the team conducted a mystery client study to assess the extent to which its trained networked providers adhered to national guidelines and standards for the clinical evaluation and management of TB patients. The network included patent and proprietary medicine vendors, community pharmacists, stand-alone private labs, and clinical providers.

While Nigeria has a robust private health sector, TB patients have been predominantly managed in the public sector. This means most of the non-clinical providers in the SHOPS Plus network have never been involved in TB care. In the new model, networked providers were trained and then supported with supervision, data reporting and monitoring, patient tracking, and sputum sample transport. As part of the model, the public sector provided the clinical providers with TB drugs and testing reagents so patients could access affordable TB services.

To understand how well the private providers performed, SHOPS Plus used the gold standard for determining quality of care in any clinical setting; the mystery client study. Over the course of a 140-hour training session, SHOPS Plus prepared a team of 19 data collectors from Lagos and 12 from Kano to pose as presumptive or diagnosed TB patients. The mystery clients visited facilities pretending to have TB symptoms, such as a cough or fever, to see if providers would engage in appropriate screening, take a sputum sample for diagnosis, and refrain from dispensing unnecessary medications. In total, mystery clients visited 278 private clinical facilities, 211 public clinical facilities, 104 stand-alone laboratories, 115 community pharmacists, and 359 patent and proprietary medicine vendors.

When held to the highest standards established by Nigeria’s National TB and Leprosy Control Programme, SHOPS Plus clinical facilities, labs, and patent and proprietary medicine vendors managed mystery clients as well as, or better than, public TB treatment facilities. Still, only a minority of providers were able to meet all criteria for correct screening, correct diagnosis, and proper treatment of a TB patient. Overall, providers performed well in screening, but performed poorly when it came to sputum sampling or referring presumptive clients for testing. An encouraging finding of the study was that providers did not routinely dispense TB drugs to undiagnosed presumptive TB patients. This addresses a concern that a profit motive amongst private sector community pharmacists and patent and proprietary medicine vendors may incentivize the dispensing of inappropriate drugs, including TB medication.

There were several factors that may have affected providers’ ability to deliver quality TB services, and likely influenced the results of the study. For example, the turnaround time for testing sputum samples at GeneXpert machines located in the public sector were longer than expected, due to frequent breakdowns of the machines. Many networked providers were frustrated with the testing delays and the inefficient sputum transportation system at the time of the study, which may have discouraged them from collecting sputum samples.

The study, despite its limitations, discovered that the SHOPS Plus private provider cadres performed as well as public sector facilities, and even better in some areas, such as screening. Although there is room for improvement, SHOPS Plus private facilities have played an important role in identifying TB cases in Lagos and Kano States. This is highlighted by their contribution of identifying 32% of all cases in Lagos and 22% of all cases in Kano in 2019.

Read the report on the mystery client study.