On October 16, SHOPS Plus marked the end of its program in Trinidad and Tobago. A celebratory event brought together representatives from the National AIDS Coordinating Committee, local and national government officials, the media, the USAID-funded Local Capacity for Local Solutions (LC4LS) project, and Grassroots Organizations Operating Together in Sisterhood in Trinidad and Tobago (GROOTS T&T).

SHOPS Plus’s efforts in the country primarily focused on supporting GROOTS T&T’s transition from donor funding to becoming a stronger, more financially sustainable organization that can continue to provide HIV services to the country’s most vulnerable populations.

GROOTS T&T is a civil society organization that provides HIV services, including prevention, testing, counseling, and treatment adherence, to key populations, such as men who have sex with men, female sex workers, and transgender individuals. Since 2016, the organization has received financial support from USAID/PEPFAR through the Linkages across the Continuum of HIV Services for Key Populations Affected by HIV (LINKAGES) project, but now it is in the process of transitioning to other funding sources.

GROOTS T&T carries out its work in several ways, including through its Ministry of Health-certified HIV community-based rapid testing site, its transition home for key populations, the distribution of condoms, and an online platform called dlinkTT.  The platform assesses a person’s risk of HIV, helps them book appointments for testing, and gives them information on counseling and other social services.

Preparing for the future with SHOPS Plus support

With SHOPS Plus support, GROOTS T&T made tremendous progress toward securing its future by improving its institutional capacity. The organization increased its ability to fundraise. It developed a strategic plan, revised its vision statement, submitted grant applications, and improved its management practices. Funding from the project ensured that GROOTS T&T continued to provide crucial HIV services to those in need.

on the lives of people living with HIV and those at risk of infection. 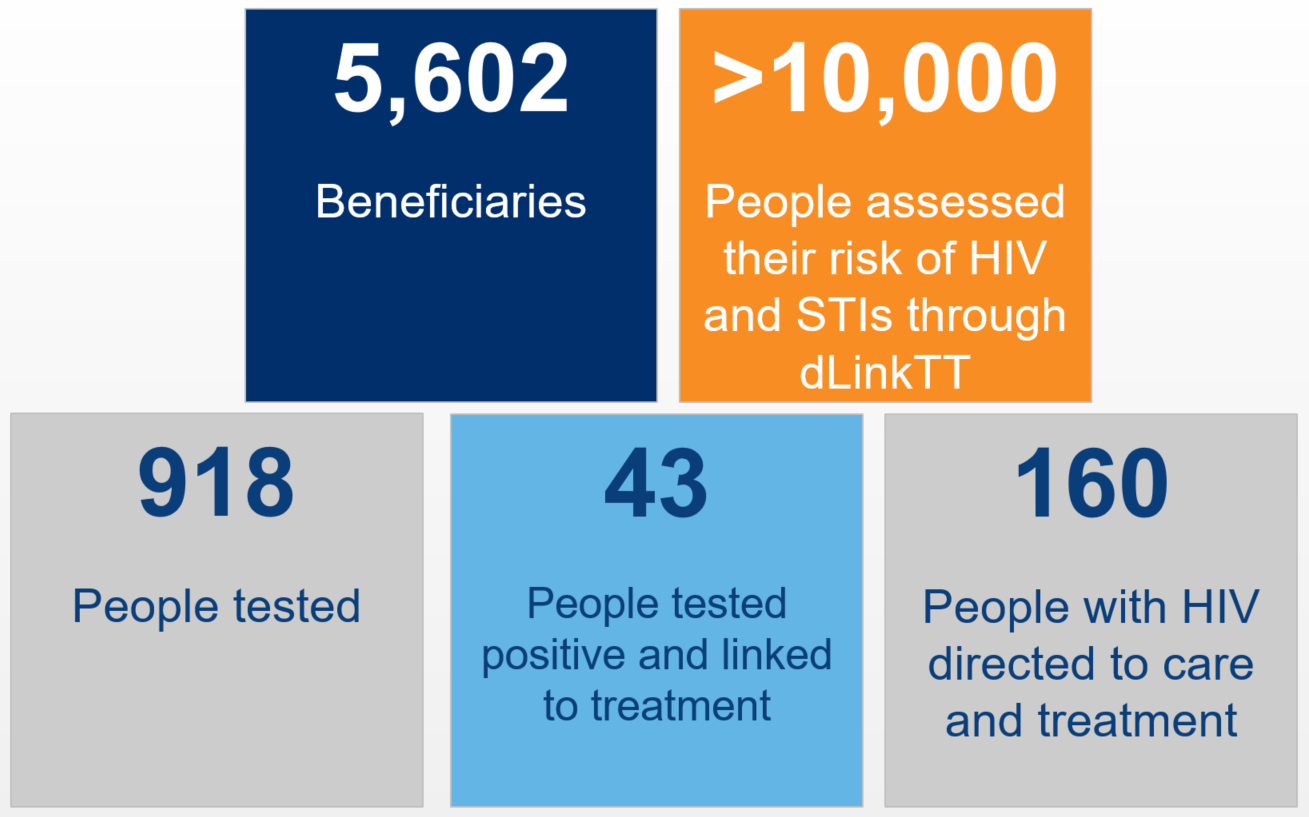 With increased organizational capacity and multiple grant applications submitted, GROOTS T&T is primed to commence the next stage of its operations as an efficient and financially stable service provider. SHOPS Plus is hopeful that local partners, including the government, the corporate sector, and other NGOs, will pick up where the project has left off and continue supporting GROOTS T&T to serve the needs of Trinidad and Tobago's most vulnerable populations.

Learn more about our work in Eastern and Southern Caribbean.